Get designing! Create your own made to measure rug or carpet runner now with Make Me A Rug

Stephen Cheliotis, Chairman of the CoolBrands Council UK and Chief Executive of The Centre for Brand Analysis

Stephen is a leading brand consultant and commentator with a wealth of experience in brand and market evaluations and in providing strategic marketing and business counsel to senior management. His current clients range from iconic jewellery brand Tatty Devine to the world’s largest PR agency, Edelman.

For the last 12 years I have had the pleasure of managing the annual CoolBrands research programme, which is an annual initiative to identify and celebrate the UK’s coolest brands. It was started back in 2001 to recognise and celebrate remarkable brands operating in the UK, regardless of their size or the amount of money they spend on marketing. As such, it is not about recognising the biggest or those that shout the loudest but rather those genuinely doing interesting work that people recognise and admire.

While we acknowledge that cool is very subjective, our research had shown us that there were a number of factors that helped brands to attain a cool image. We therefore ask individuals taking part in our surveys to consider these when they rate brands on our behalf. These factors are: Style, Innovation, Originality, Authenticity, Desirability and Uniqueness.

We also acknowledge that cool is very personal, so that what one-person deems to be cool could be seen quite differently by another. That said by canvassing a wide range of opinion formers and consumers we believe that we have a created a compelling annual barometer that offers a strong overview of which brands are succeeding. The council of course changes each year but this year our panel of influencers included music artists, such as Laura Mvula, Tom Findlay, Rizzle Kicks, Charli XcX and Carl Barat, Radio 1 DJ Gemma Cairney and Kiss FM DJ Justin Wilkes, models Daisy Lowe and Oliver Cheshire, Bestival Founder Rob Da Bank, designers such as Julian Macdonald, Sadie Frost, Melissa Odabash and Kelly Hoppen and TV Chef Gizzi Erskine to name but a few. Obviously the great British public is also canvassed with over 3,000 consumers taking part this year.

Both the opinion-formers and public rated over 1,200 brands in 2013 with obviously only those judged highly by both set of audiences attaining CoolBrand status. It is great that for the first time Alternative Flooring has joined this exclusive group of brands! In fact it is the only exclusively floor related brand to attain this status, which really does show that its commitment to original and imaginative design and excellent quality are increasingly recognised. Obviously cool is not just about image but delivering too, so being a CoolBrand does not just say the brand does great marketing but that it actually delivers. I have no doubt too that the way the brand conducts its business, for example with an eco-conscious heart, also played a part in its success in our survey, as consumers increasingly judge brands by the way they behave not just to their customers but the wider world.

I think it is great that alongside famous fashion labels like Gucci or Tech giants like Samsung is a small British brand with a curious and brave take on what can often be a fairly unimaginative category.

Beyond the home the top of the rankings saw tech goliath, Apple, hold back the competition to retain top spot for 2013 despite coming under increasing pressure from rivals and growing question marks over their capacity to remain as pioneering as recent years. More widely the everyday brands that dominated last year’s top 20, such as; Häagan-Dazs, Ben & Jerry’s and Vogue dropped out as a renascent luxury sector, represented by Chanel, Prada, Alexander McQueen and Rolex, returned to favour. They joined luxury brands Aston Martin and Bang & Olufsen, who retained their top 20 berths from last year.

Whether this is a sign of things to come or merely a blip, the free digital brands including; YouTube, Google, Twitter and BBC iPlayer all placed lower than last year, showing a small but definite shift downwards in popularity. Skype fell out of the top twenty altogether.

Fashion brands however definitely made a come back. No fashion labels – assuming one discounts sporting giant Nike – featured in last years top 20, which was unprecedented. This proved very much temporary though as Chanel, Prada, Alexander McQueen, Rolex and sunglasses brand Ray-Ban all feature in this years’ top 20. The full top 20 are as follows:

As you can see the brands that have made it in this years CoolBrands listing are certainly well-known and well-regarded so for Alternative Flooring to join them is no mean feat. It is a great testament to the team behind the brand and of course to the passion you and many others feel towards it. 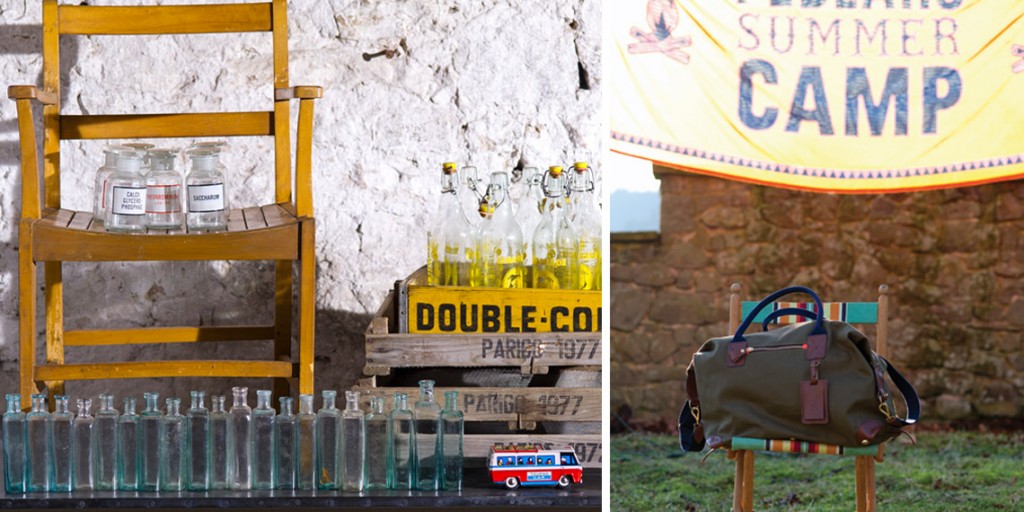 Alternative Summer Brochure: This is what we get up to on the hottest days of the year...